Cross-Skating is an endurance sport practised with so called Cross-Skates and Poles. Cross-Skating means moving on all-terrain as well as cross-training - a beneficial and diverse sport. Cross-Skating offers all that and a lot more. It is near cross-country skiing but can be enjoyed all year round and almost on any surface. A highly effective training that is also a lot of fun! 'Skating' describes the type of leg movement known from skiing, ice skating and inline skating. Along with the Cross-Skate "SKIKE"  this sport has become more widely known and skating on "SKIKES" is often called 'skiking'. Cross-Skating probably offers the highest oxygen and energy consumption and therefore the best training effect of all-year endurance sports. All muscle groups are used to a high degree - similarly, if not even to a higher degree than in cross-country skiing. It compares to swimming in its fast recovery rate.

Cross-Skating has a low risk of injury and is becoming more and more important as a means of adding variety to cross-country skiers, long-distance runners, thriathletes and other endurance athletes. Along with the emerging 'nordic' movement at the start of the nineties came 'Nordic-Skating' which imitated the movement of skiing on roller sports equipment (Inline-Skates, Rollerskis, Cross-Skates). Nordic-skating was practised on Rollskis ('rollskiing') and later also on Inline-Skates ('nordic inline skating' or 'nordic blading'). This new movement meant that many athletes already had Inline-Skates. Now all that was needed were poles and a 'new' sport was born.

Even though several special parts for Inline-Skates have been developed, there still remains a relatively high risk of injury - this sport will never become widely popular. A complete set of safety gear is strongly recommended with this version. Meanwhile, nordic-skating is far more safe on Cross-Skates with pneumatic (air) wheels which can also be used off-road.

During the nineties, the occasional Cross-Skate already popped up on the market but, for a variety of reasions, still couldn't catch on. The term 'Cross-Skating', however, had been established because it meant that it was possible to go on (almost all) off-road terrain. Ever since Powerslide and Skike produce robust Cross-Skates for daily training this movement has gained momentum.

Nordic-Skating can be divided into 'Cross-Skating', which is only possible with pneumatic wheels, and 'Street-Skating'. The latter is also possible on all skates and rollerskis with plastic tyres and is done on smooth surfaces only.

Of course, Cross-Skates can roll on the road without any problems and there are now also fast plastic wheels for Cross-Skates (which will then lose their off-road suitability). The health benefit and training effect of Cross-Skating is very similar to that of cross-country skiing and, in some points, even goes beyond it. Due to the higher pace of nordic skating on plastic wheels, however, the arms, upper body and core muscles are not used as effectively as in Cross Skating on pneumatic wheels or real cross-country skiing.

Rollers with an in-built or optional brake (often used in rollerskiing) or heavier, pneumatic wheels (as with Cross-Skating) not only provide a better training effect but also ensure that any crashes will occur at a slower pace. Due to Cross-Skating's pneumatic wheels there is also better traction, braking, tracking and off-road capability than there would be with plastic wheels so they become more and more popular.

Using plastic wheels means being limited to relatively broad aphalt roads. Using pneumatic wheels means having a larger selection of training routes away from roads and cycle paths. It also means that the poles grip more easily and it is easier to get further out into nature, far away from much-frequented leisure and transport routes. 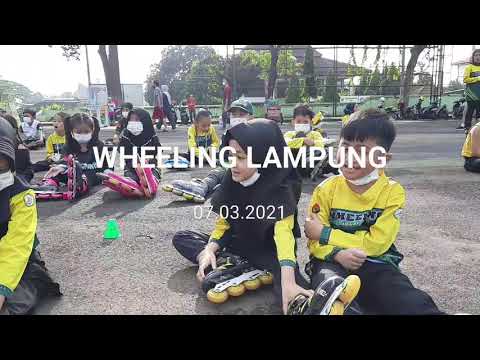